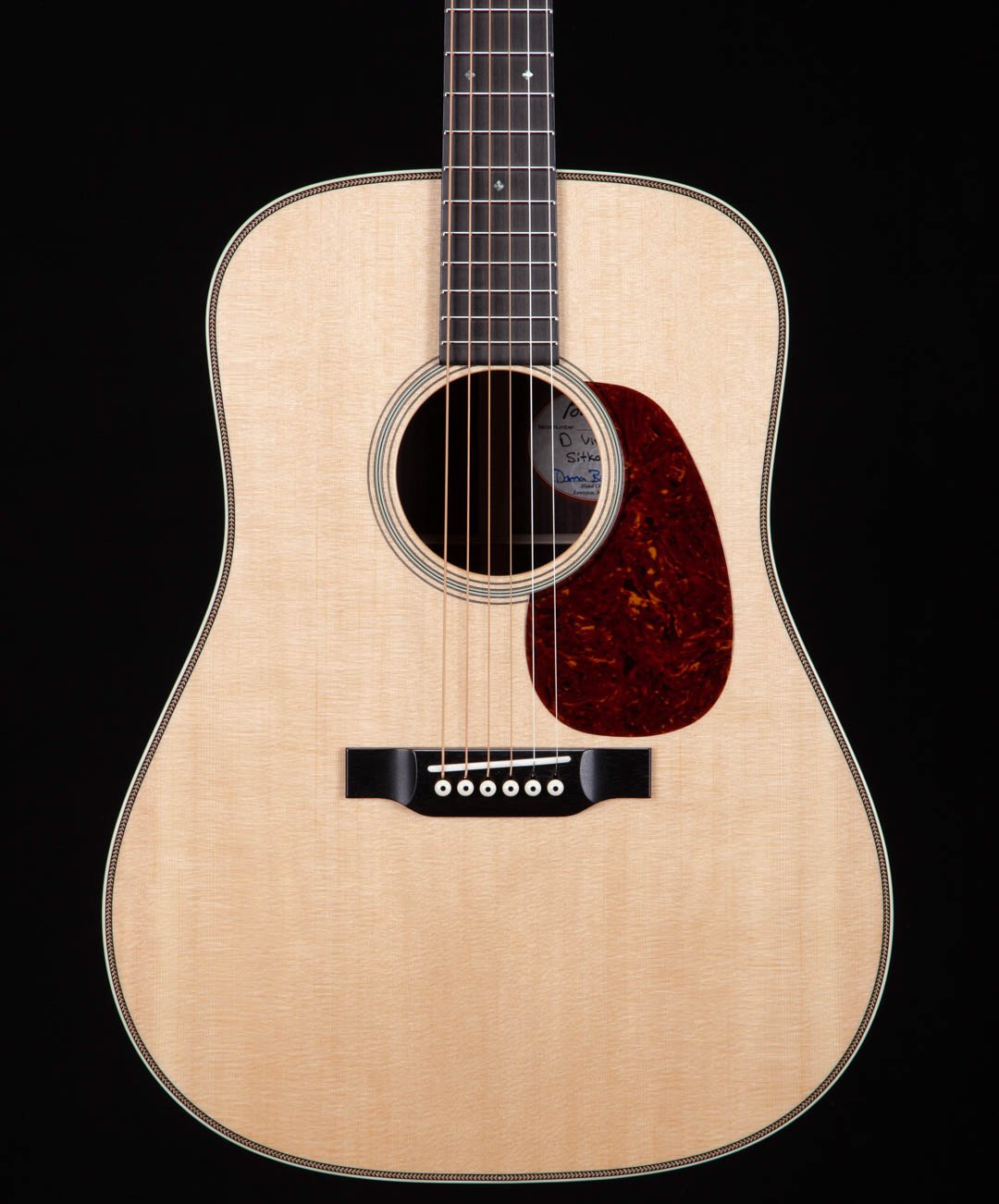 Our Vintage Roots, your next toolkit.

A cornerstone of the Bourgeois lineup for decades, the Vintage model features hand selected Sitka spruce and the highest available grade of East Indian Rosewood. Marrying an undeniably vintage aesthetic with modern innovations such as a dual action truss rod and our proprietary detachable neck joint, your guitar is designed to resemble the “pre-war” relics, while maintaining an unparalleled level of playability.

Standing the test of time. Keeping up with the times.

Over the last eighty years, the Dreadnought became firmly established as the world’s most popular acoustic guitar. It’s easy to see why. Its deep body, wide upper and lower bouts, exceptionally large air cavity and long, 25.5” scale length combine to set the standard for exceptional projection and low end presence.

Decades ago Dana noticed that during the first few years of a large guitar’s life under string tension, guitar tops “relax” until stretched to their limit, then later “harden” as a result of permanent distortion. During relaxation, bass is boosted and high frequency response dies off, often beyond desirable limits; balance is not restored for years, until hardening occurs. In the 1990s Dana modified the traditional Dreadnought bracing system by scalloping only the bass side of the X brace and lightening it’s tone bars. The result successfully counteracted a Dreadnought’s tendency to “unbalance”, and over the years has attracted scores of Dreadnought players including Bryan Sutton, Josh Williams, Andy Falco, Courtney Hartman and many others.

Add in contemporary options such as a cutaway or arm bevel to find exceptional comfort in this monster of a well-balanced guitar. Also available in large soundhole configuration.