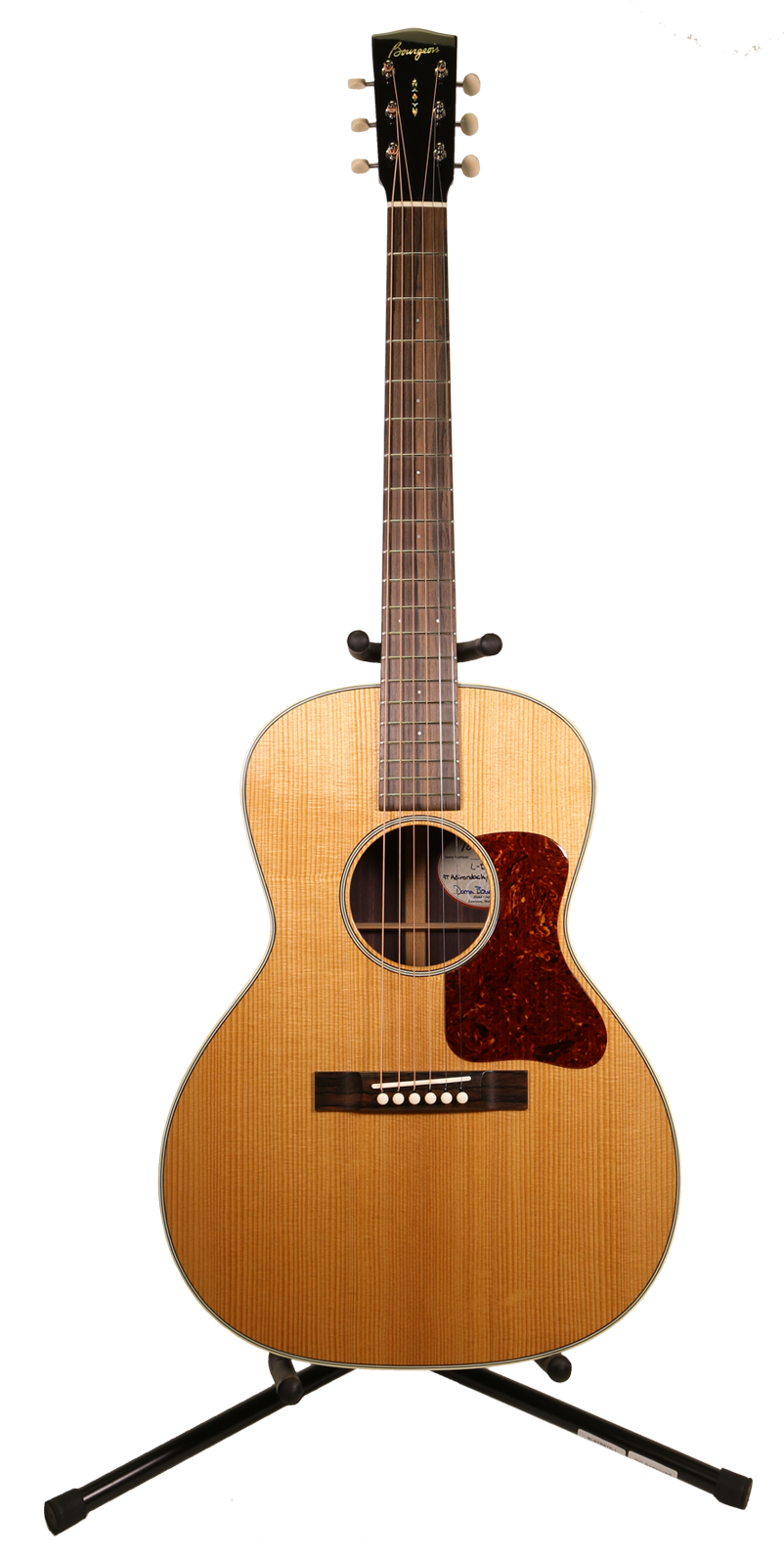 Dana’s influence in the world of American Lutherie
rests on a lifetime of innovation. The Legacy Series
is a collection of models showcasing his stylistic
sensibilities, often fused with traditional design.

Take pride in owning not just a Bourgeois, but a
guitar reimagined by Dana himself.

After a lifetime of favoring larger guitars, Dana found the L-DBO’s power-to-size ratio and clear, direct voice ideal for his personal needs: consisting of unwinding in the living room, casual jamming with friends, very occasional stage use, ease of play and ready transportability. He has since acquired several. Dana’s personal model features a coarse-grained Aged Tone Adirondack top, Sinker Mahogany back and sides, Animal Protein Glue and a single, tiny headstock Inlay.

“Contrary to popular belief, ugly tops sound best. Dark, fat winter growth rings dramatically enhance stiffness, allowing for a thin but strong, and highly responsive top. I got tired of rejecting the best-sounding stuff strictly on the basis of appearance and decided instead to reserve it for something special”.

The L-DBO is larger than a 00, slightly smaller than the 000/OM, and designed with a 25” scale neck. It’s relatively narrow upper bout imparts a distinctive wedge-shaped appearance, setting it apart from the 0/00/000 “gene pool”. As significantly, the L-DBO conceals two secret weapons: An unusually large soundhole for its size, and narrow, 1/4” top bracing which combine to produce unusual power and presence in such a small package.

“After a lifetime of playing Dreadnoughts, the L-DBO has become my go-to guitar”, says founder Dana Bourgeois. “Close your eyes and listen to Sierra Hull or Courtney Hartman work an L-DBO on a mic. You’re forgiven for thinking that’s a much larger guitar.”